Shell wins investor support for its energy transformation policy, but an increasing number of people oppose it. 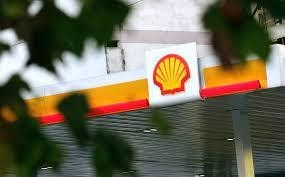 At Royal Dutch Shell's annual general meeting on Tuesday, shareholders overwhelmingly supported the oil giant's energy transformation plans, while a growing minority defied advice and demanded the company do even more to address the climate crisis.

Shell's own resolution earned 88.74 % of shareholder votes, according to the company. The board of the Anglo-Dutch oil major had asked for approval for its Energy Transition Strategy, which received the first vote of its kind in the energy sector.

Although the outcome was not binding, it was generally predicted and ostensibly gives Shell a shareholder mandate to pursue its efforts to achieve net-zero emissions by 2050. However, 11% of Shell's stockholders voted against the company's own climate policies.

In comparison, up to 99% of investors followed management advice on 19 other resolutions proposed at the online AGM.

To be sure, the UK corporate governance code mandates that if a shareholder vote exceeds 20%, the firm must return to investors to address their concerns.

Furthermore, a sharp rise in the number of shareholders voting in favour of a separate motion on Tuesday could serve as a trigger for more action. A second climate resolution proposed by activist investor Follow was defeated by shareholders. This was decided by a 69.53 percent vote. The Dutch group proposed the resolution, asking investors to join them in voting for the company's climate strategy to be even more aggressive.

Mark van Baal, the founder of Follow This, told CNBC ahead of the vote that he was optimistic that a greater percentage of shareholders would support their proposal at Shell's AGM. This prediction has now been proved right, with more than 30% of investors supporting their motion, a significant increase from 14.4% last year.

At Shell's AGM in 2016, only 2.7 percent of investors backed the Follow This environment motion.

Shell's AGM takes place at a time when the world's largest corporations are under intense pressure to set short, medium, and long-term emissions goals that are in line with the Paris Agreement.

At this time, more than five years after the Paris Agreement was ratified by nearly 200 nations, no oil and gas major has revealed how it plans to achieve its targets of becoming a net-zero enterprise by 2050 or sooner. The historic climate agreement is widely regarded as crucial to averting an irreversible climate crisis.

The organisation has stated that it will change its plan every three years until 2050. From 2022 onwards, it will request an advisory vote on its progress against its plans and objectives every year.

Shell has not committed to meeting Paris-aligned absolute emissions goals by 2030, which has been noted by climate advocates and investors.