Ford And Rivian Have Cancelled Their Intentions to Collaborate on An Electric Vehicle. 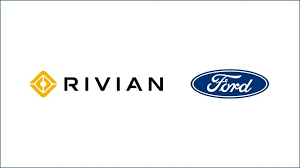 Ford Motor and Rivian acknowledged on 19th September that they will no longer collaborate on an electric vehicle.

In 2019, when Ford invested $500 million in Rivian, the two companies stated that they were working on a joint vehicle. They then said it would be for Ford's high-end Lincoln brand, but that was cancelled last year. Ford claimed at the time that the manufacturers would continue to seek for new ways to work.

Those plans have also been cancelled, according to Ford spokesman Ian Thibodeau. He stated that the company still maintains ties to Rivian, including a 12 percent stake in the start-up, which was valued at more than $10 billion when it went public last week.

In an emailed response, Ford said, "We respect Rivian and have had considerable exploratory discussions with them." "However, both parties have agreed that neither cooperation vehicle development or platform sharing will be pursued."

Rivian announced the termination of plans on 19th September, despite having a significantly bigger market value than Ford.

"As Ford's electric car strategy progressed and demand for Rivian vehicles grew, we agreed to focus on our own programmes and deliveries." "Our partnership with Ford is a key piece of our journey, and Ford remains an investor and ally on our common route to an electrified future," the company said in an emailed statement.

Rivian's shares dropped about 2% in after-hours trading after completing the day at $128.60 per share, up 3.7 percent. Ford's stock stayed unchanged at $19.39 per share, a drop of less than 1% from the previous closing.

Ford CEO Jim Farley justified the breakup by citing the automaker's "growing confidence" in its ability to "win in the electrified space."

"So much has changed since we initially made that investment: our ability, the brand's direction in both scenarios, and now it's clearer to us what we need to do," says the executive. He told Automotive News, "We want to invest in Rivian because we believe in their future as a company," but "at this time, we're going to construct our own vehicles."

Farley inherited Jim Hackett's Rivian investment and jointly established vehicle when he joined over as CEO in October 2020. In July, Farley bought $415 million in convertible notes from Rivian, which would convert to common shares in June 2022.

According to public documents, Troy Design and Manufacturing, a wholly owned subsidiary of Ford, has a contract to supply parts for Rivian's R1 car programme.