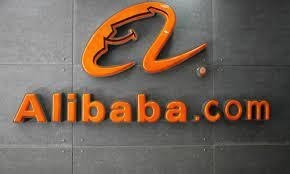 After Beijing slapped a record $2.8 billion fine on the nation's largest e-commerce firm for exploiting its market position, Alibaba posted its first quarterly operating loss since going public in 2014.

Stocks on the New York Stock Exchange fell more than 6% at the opening bell on Thursday.

As Beijing became increasingly worried about the rising presence of technology giants in China, authorities launched an investigation into Alibaba last year and suddenly halted the $37 billion initial public offering of shares from its financial affiliate Ant Group.

Beijing has fined a number of technology companies for antitrust violations, and has also opened an investigation into Alibaba rival Meituan for alleged anticompetitive conduct.

In earnings call on Thursday, Alibaba chairman and CEO Daniel Zhang said, "We have confirmed that we accept the penalty with honesty and will ensure our enforcement with determination."

"The penalty decision prompted us to consider the relationship between a platform economy and community, as well as our social obligations and commitments," he said.

The company said on Thursday that it expects revenue to increase by more than 30% in this fiscal year, which ends in March 2022, to over 930 billion yuan ($144 billion). That's a lot better than most industry analysts had predicted.

For the quarter ending in March, it registered a total of 811 million annual active users.

The stock of Alibaba Group Holdings, which is traded on the New York Stock Exchange, has dropped 14% after Beijing announced its investigation into the firm.