After weeks of decline, the price of bitcoin reverses course and crosses $40,000 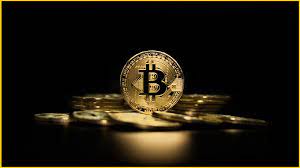 What Caused Bitcoin's Price to Rise?

Bitcoin began its ascent early Sunday, when it was trading at $35,000 per coin. By Monday, the cryptocurrency's price had risen by 17%, crossing $40,000 for the first time. According to reports, two recent news events contributed to the recent increase in Bitcoin's price.

The first was Tesla CEO Elon Musk's tweet, in which he stated that due to Bitcoin's high energy usage and associated environmental damage, he would no longer allow the cryptocurrency to be used to purchase Teslas. Bitcoin is predicted to consume about the same amount of electricity as the entire country of Argentina. On Sunday morning, Musk used the social media platform's megaphone to partially reverse direction.

Musk said on Twitter that if there was "confirmation of appropriate (roughly 50%) clean energy usage by miners with positive future prospects," his company might begin permitting Bitcoin transactions.There's a pattern." Following his post, customers flocked to crypto marketplaces to buy Bitcoin, according to sources.

Hedge fund manager Paul Tudor Jones fueled the cryptocurrency's price surge on Monday morning. Jones, who has put 2% of his net worth into Bitcoin, called the cryptocurrency a "fantastic plunge." He says, “Everyone wants to know what I'm going to do with my Bitcoin. “The only thing I know for sure is that I want 5% of my portfolio in gold, 5% in bitcoin, 5% in cash, and 5% in commodities,” he told CNBC.

Tudor Jones is one of a growing number of institutional investors and hedge fund managers who are shifting their investments away from traditional financial instruments and toward Bitcoin. Investing legends such as Stanley Druckenmiller, Ray Dalio, and BlackRock's Larry Fink have recently expressed interest in bitcoin.

Their positive views on Bitcoin have been backed up by a growing number of crypto offers from investment firms. State Street, for example, has recently formed a new division that will focus on decentralised banking and the digital economy. Goldman Sachs, a well-known investment bank, gives clients Bitcoin futures exposure.

While these developments provide much-needed liquidity to the Bitcoin ecosystem, it remains a volatile asset subject to large price swings in short periods of time. In just two months this year, the cryptocurrency's price fluctuated widely between a record high of over $63,000 and a low of about $32,000.

Bitcoin's underlying issues remain, ranging from high energy consumption for Bitcoin mining to a trading market driven by a few huge firms like Tesla. The price of cryptocurrencies is still under the shadow of regulation. Countries all across the world, including China and Iran, are toughening their stance on cryptocurrency mining and trade.

Gary Gensler, the chairman of the Securities and Exchange Commission (SEC), recently issued a warning to investors in Bitcoin exchanges in the United States. “Investors should be aware – and I say this in my own voice – that the underlying Bitcoin cash markets do not have the same rigorous monitoring as the stock market or the derivatives markets,” he told conference attendees.